Skip to content
Home/Axe Experiences/Snow and Nealley at 7,000 Feet
Previous Next

Jason, a skilled craftsman from California, buys Snow and Nealley heads and fits them with custom handles. In this post, he describes a recent trip with several of his custom axes–and shares photos of his beautiful work.

Took the set up into the San Bernardino range this week. The highest peak goes to 11,500 feet. My 7-year-old took great comfort in carrying the Hudson Bay down to the fireside should he and a bear/cougar/coyote or Yeti cross paths. All he encountered were bats. The axes were laid aside as we watched twilight fade and the Perseid Meter Shower streak the evening sky: a calm August night at about the 7,000-foot level in the San Bernardino Mountains. Behind us lay the Holcomb Valley, site of a gold rush. Far below extended the wide expanses of the Mojave desert. Ahead loomed the massive San Jacinto and San Gorgonio peaks.

The boys’ axe is a gift for a cabin owner we know in Yosemite National Park. It has figured walnut grips with a hand tooled overstrike guard. Edge honed to paper shaving sharp. Almost too pretty to work. Handle soaked in five coats of Tung Oil finished with wax. 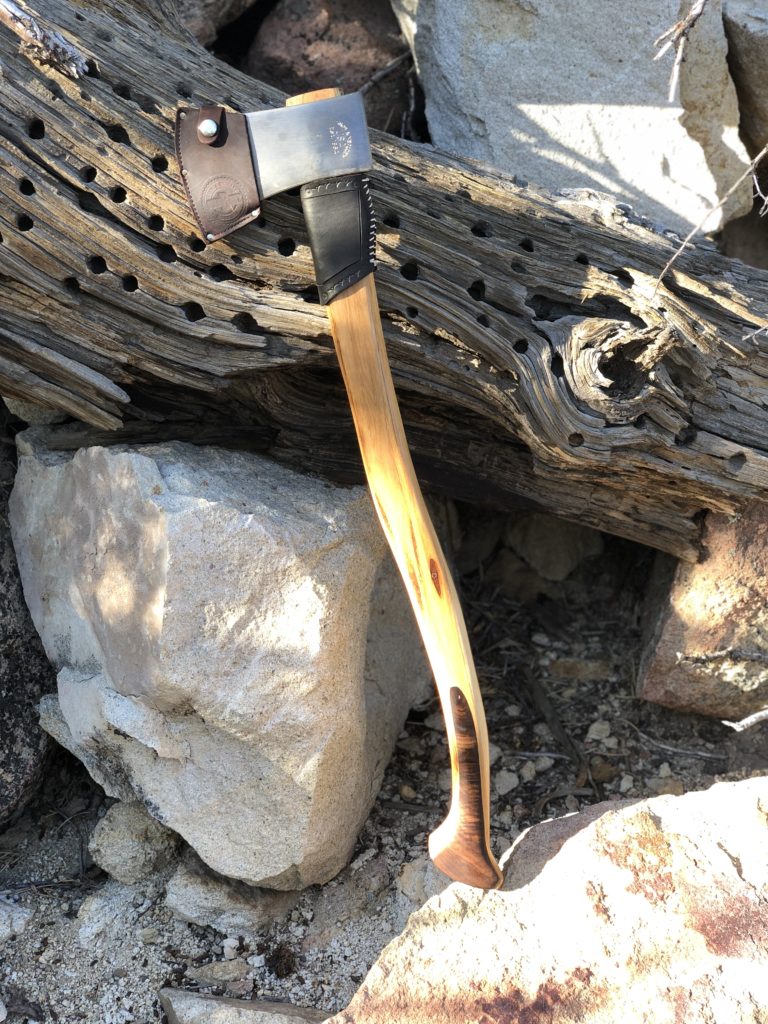 The felling axe an all mountain champ for bucking, splitting, felling, or anything that stands between you and a clear trail. Fitted with “propeller armor” a heavy brass plate counter sunk screwed and soldered over so they don’t back out. This is how World War One aircraft propellers were armored for bullet strikes.

Thank you, Jason, for sharing your work!

About the Author: Lucas